In this post you will find 70 Catchy Alzheimer’s Disease Slogans and Great Sayings.

I am with you in the fight against Alzheimer 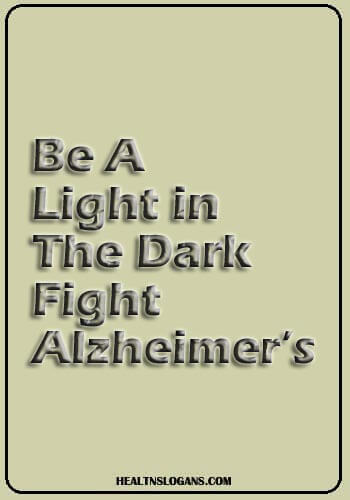 Be A Light in The Dark, Fight Alzheimer’s

We Never Think How Great A Gift It Is to Think

I stand with my hero to win the battle

Today is the best day I could ever have

Alzheimer? make it a distant memory

We Walk to Save One Memory at A Time 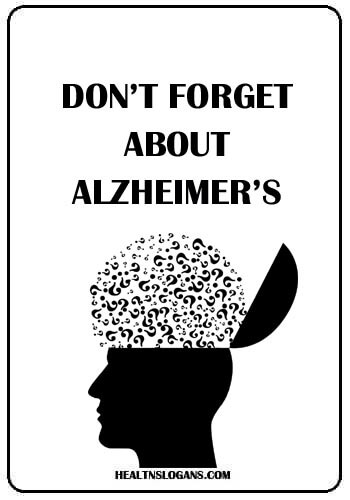 I wear PURPLE for my mom

We’re ALZ In for Alzheimer’s Awareness

What the Mind Can’t Remember, The Heart Never Forgets

I Wear Purple Because My Grandma’s Memories Matter

Hope for a future free from Alzheimer’s

You can’t pretend it’s not there 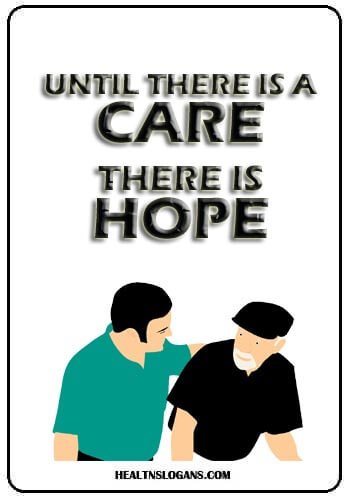 Until there is a CARE there is HOPE

Memories Are Worth Fighting For!

Someone I love needs a cure

I live it one day at a time

I am a mother of a fighter

A Walk to Remember (Alzheimer’s Walk)

Until all the pieces fit 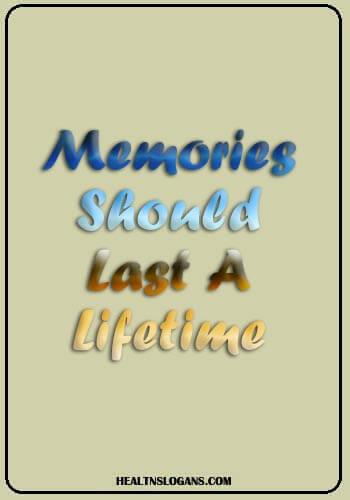 Memories Should Last A Lifetime

Did I forget something this morning?

It was like a weight lifted off my shoulders

Memory walk is the best walk

Always Remember for Those Who Cannot

You are stronger than you think! 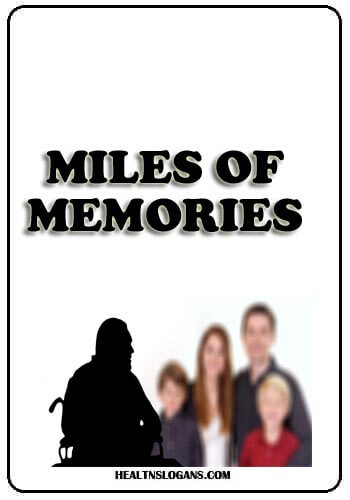 I am walking with my family to end Alzheimer

The End of Alzheimer’s Starts with Me

We promise to honor, remember, Care and Fight

Alzheimer’s Awareness Day – Make It A Day to Remember

I walk so future Generation will not have to

Walking to Make Alzheimer’s A Memory

I have a reason to end Alzheimer

We Wear Purple Because We Love Someone with Alzheimer’s

I will never give up

Man’s memory shapes Its own Eden within 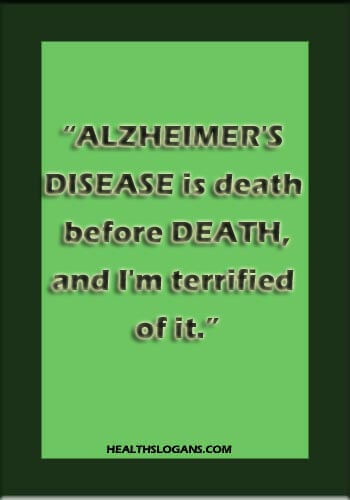 “Alzheimer’s disease is death before death, and I’m terrified of it.”

“I think I’m getting a little bit of Alzheimer’s. Just a little.”

“To put it simply our brain span should match our lifespan.”

“People with Alzheimer’s deserve to be seen, so that we can find a cure!”

“I think the best thing I ever did with my life was stand up and say I’ve got Alzheimer’s.”

“The mind is like an iceberg, it floats with one-seventh of its bulk above water.” 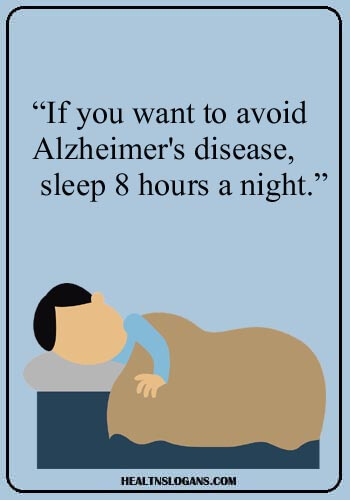 “If you want to avoid Alzheimer’s disease, sleep 8 hours a night.”

“Jewish Alzheimer’s is forgetting everything except a grudge.”

“I just hope I’ll never become so embattled as to lose my love.”

“Never let the brain idle. ‘An idle mind is the devil’s workshop.’ And the devil’s name is Alzheimer’s.”

“Alzheimer’s disease locks all the doors and exits. There is no reprieve, no escape.”

“Do you know what Irish Alzheimer’s is? It’s when you forget everything but your grudges.”

“To care for those who once cared for us is one of the highest honors.”

“I often hear people say that a person suffering from Alzheimer’s is not the person they knew. I wonder to myself – Who are they then?”

“Caring for an Alzheimer’s patient is a situation that can utterly consume the lives and well-being of the people giving care, just as the disorder consumes its victims.”

“You can’t converse with Alzheimer’s sufferers in the way you do with others; the dialogue tends to go around in circles.”

“I gave three years of my life to take care of my dying mother who had Alzheimer’s disease. Being there for her every need for three years might have looked codependent but it wasn’t because it was what I wanted to do.” 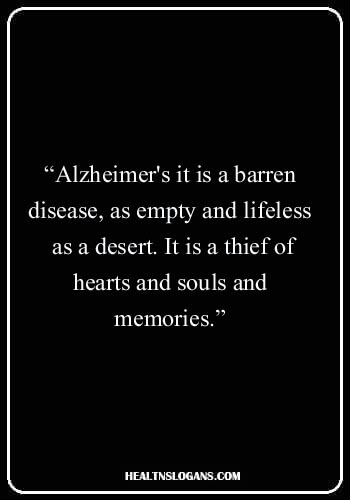 “Alzheimer’s it is a barren disease, as empty and lifeless as a desert. It is a thief of hearts and souls and memories.”

“Alzheimer’s, Parkinson’s, brain and spinal cord disorders, diabetes, cancer, at least 58 diseases could potentially be cured through stem cell research, diseases that touch every family in America and in the world.”

“Alzheimer’s usually comes later than AIDS, but I decline to call that progress.”

“Alzheimer’s is a devastating disease. It was painful for me and my family to watch my grandfather deteriorate. We must find a cure for this horrible disease.”

“Dementia is often regarded as an embarrassing condition that should be hushed up and not spoken about. But I feel passionately that more needs to be done to raise awareness, which is why I became an ambassador for the Alzheimer’s Society.”