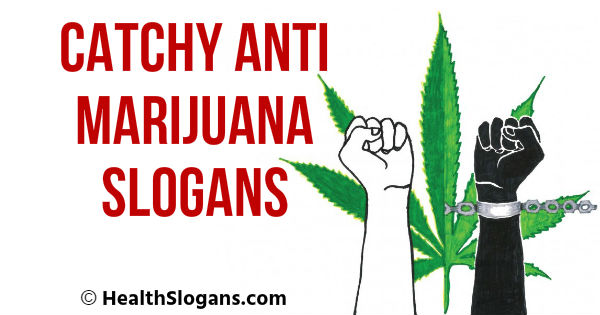 In this post you will find 50 Catchy Anti Marijuana Slogans.

Nobody Wanna Some Marijuana! 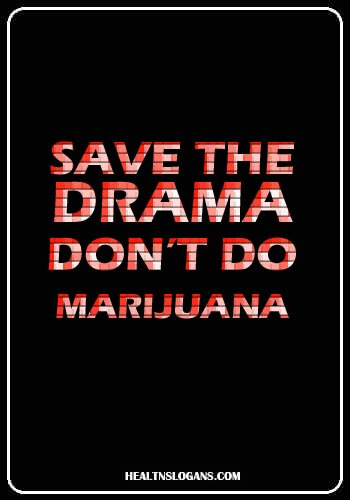 Save the drama, don’t do marijuana

Keep off the Grass!

Weedy is a greedy

God Made the Herb to Use, Not to Abuse

Marijuana kills, this message is approved by GOD 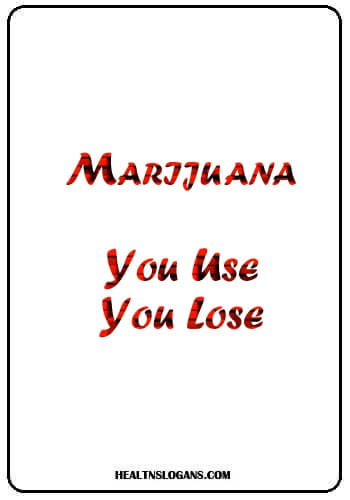 Marijuana: You use, you lose

Marijuana is harmful for your memory

Pot makes your brain rot, so let’s not

Weed is for dopes

Weed costs you more than money

Be brighter, put down the lighter 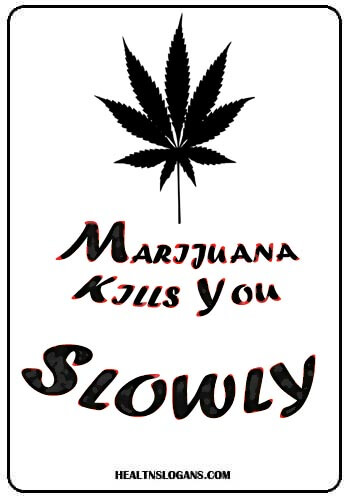 There’s nothing more wrong than hitting that bong

Do a good deed and kill the weed

A good bloke does not smoke

Drugs are Bad, and your Mom will get mad 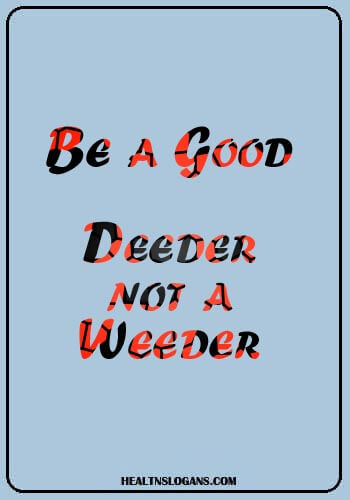 Be a good deeder, not a weeder

Roll Sushi, Not a Joint

Don’t Do Weed Its for Dweebs. 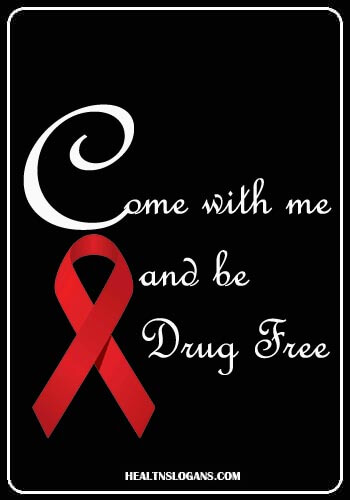 Come with me and be drug free

Don’t do Pot, your brain will rot

put the ash in the trash

Weed is not a need 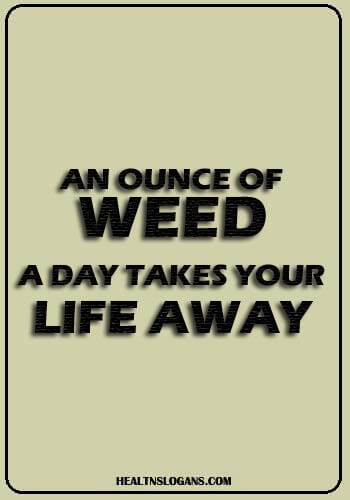 An ounce of weed a day takes your life away

Don’t do weed, do Yoga

Take the lead don’t do weed

Get high on life, not drugs!

A friend in deed, won’t make you smoke that weed

Are you stoned or just stupid?

I don’t do drugs, I don’t do weed, I just want hugs, that’s all I need

A friend in deed, does not smoke that weed 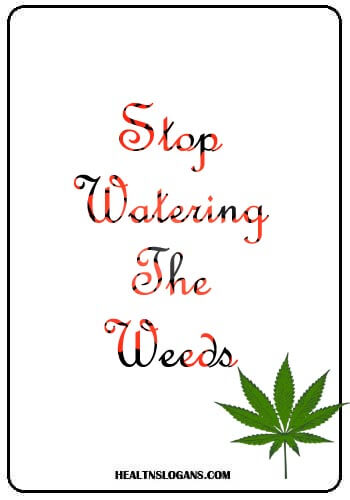